I was on my way up to London to collect my partner from a weekend she’d spent in Brussels with an old uni pal who works at the European Parliament, and as I strolled down the mostly empty train I passed a foursome of young people like me. They were chatting to each other, excitement in every animated gesture and expression.

They also weren’t speaking English. It’s London; it happens. Maybe they’re tourists; maybe they’re not. It’s not important why; just that they were.

I’d walked further and sat down, stuck earbuds in, sunk into the chair when I heard someone yelling.

I looked back along the train, and other heads went with, like a field meerkats or the crowd at Wimbledon. An elderly couple had until recently been seated, except now the beefier half had got to his feet and was saying – in a tone that brooked no argument, in a tone that suggested he was surprised he even had to say it – that this group of excited young people should speak fucking English.

I’ve never been so flabbergasted in my life. I genuinely wasn’t sure I was hearing right; that perhaps somehow Radio 4’s The News Quiz had weirdly overdubbed perfectly onto this man’s raised tones. I took out both earbuds and stood up; beside me, other passengers stood up too.

What happened next was a fairly explosive dialogue, in which rude words were said and both halves of this couple aggressively insisted that this foursome were, apparently, coming over here to take over.

Now I am the first to say that millenials are here to take over the world. We’re going to run your institutions, we’re going to do weird stuff to finance, and we’re probably going to ignore a lot of the things you think are wisdom. In part that’s down to this era being unlike any other era before, but it’s also down to every generation thinking they know better than the one before.

But as sure as I am that we’re here to take your jobs (or potentially just automate them), I am even more sure that this foursome of chatting twenty-somethings aren’t the vanguard of some kind of European invasion, any more than drunken Brits spewing vomit into the Mediterranean sea are agents provocateurs.

The woman had by now joined the fray, her lips stained a very dark red from the wine she’d clearly been imbibing – I hold out hope that it was (ironically) Dutch courage that encouraged her to abuse a group of people who dared communicate with clarity. I’ve been all over the world, she said, and I follow all their rules –

and for a moment those of us in disagreement with this attack on our fellow passengers were nonplussed. Had we slipped and fallen into a dictatorship? Had we gone to sleep for a thousand years to wake up and find that public transport was still dirty and late but non-English speakers were verboten?  Who has the time and the energy to police this stuff?

They got off after that, with rude hand gestures and shouted commands to “Grow up!”; a strange admonishment from a couple so utterly freaked out by not being able to eavesdrop that they a giant temper tantrum.

(And for what it’s worth this isn’t a comment on In or Out; I won’t – and nobody should – vote one way or the other because some old folks got drunk and yelled abuse. There are facts out there that you’ll filter through your own ideology, and I’m not here to tell you either.)

But it stuck with me, because later on at St Pancras Station I saw a trio of quickly chatting Chinese women who saw a piano. They’re dotted all over the station – the pianos, not the women – scratched and scuffed and with some bum notes. But one of these women sat down at it and teased beautiful music from its creaky frame, and I wondered what it would be like to be scared by that.

A phobia is anxiety that is disproportionate to the danger posed, and it strikes me – rewatching the women I recorded with my phone or thinking back to the friends on the train – that any anxiety one could feel about this is grossly disproportionate.

I say that now, of course. Perhaps one day that’ll be me, yelling and red-faced at the droids whistling and beeping to each other on the 1907 shuttle to Mars. 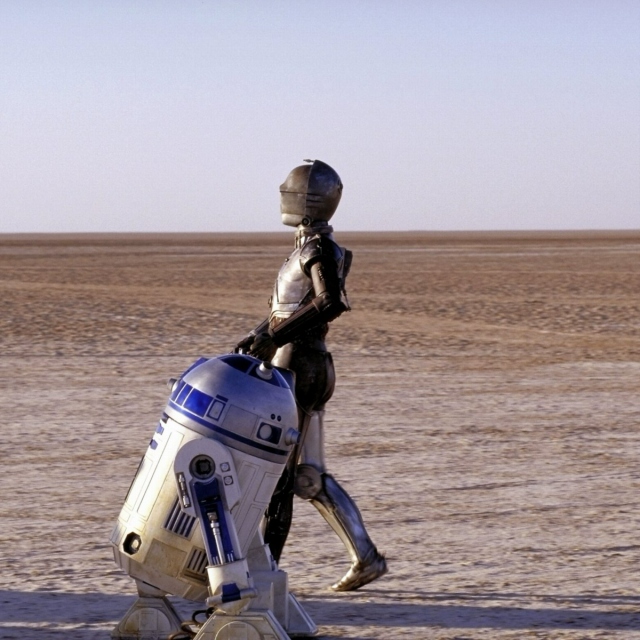